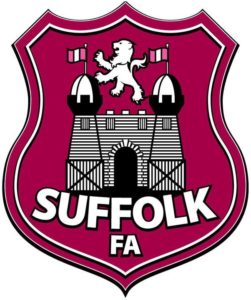 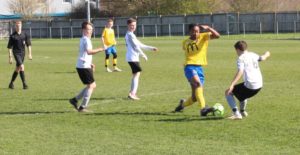 THE venues and dates have been confirmed for the semi-finals of this season’s Crown Imperial Suffolk Youth Cup and Plate competitions.
Walsham-le-Willows FC will host matches on Sunday, March 15th and The New Croft in Haverhill, home of Haverhill Rovers FC and Haverhill Borough FC, will host the second day on Sunday, March 29th.
The semi-finals will be held across two days because there are extra matches due to the introduction of additional competitions this season.
Suffolk FA County Cups Competitions Manager Adrian Moye said: “With the addition of four Boys’ Plate competitions and an extra Girls’ Cup compared to last season, an extra ten Youth semi-finals will be played across the two days, meaning 30 matches in total.
“I’m delighted two Suffolk clubs will reap the benefits of hosting these fantastic Youth football extravaganzas. Walsham-le-Willows FC will be hosting Youth Cup Semi-Finals for the first time. I’m sure everyone who has visited Summer Road knows they will receive the warmest of welcomes and excellent hospitality.
“As for Haverhill, the team are well-versed in staging Youth Cup Semi-Finals to the highest standard, and it is never a hardship entrusting a County Semi-Final to the team at The New Croft.
“This season I have scheduled the cup matches to avoid school holidays, bank holidays and even Mother’s Day as much as possible, hence the gap between the two semi-final dates.
“I also want to support the Suffolk Girls’ and Women’s Football League and so teams that have qualified for their League Cup Final on March 15th will play their county cup semi-final two weeks later.
“A final thanks to our sponsors, Crown Imperial, for their continued and fantastic commitment to Youth football in Suffolk. Our partnership means we can further make Suffolk Youth Cups the best experience possible for as many teams across the county.”
The full schedule of which ties will take place at each venue will be announced once the semi-finalists are known.
The Boys’ Cup and Plate ties are taking place this Sunday, February 9th, with the Girls’ Cup ties scheduled for Sunday, March 1st.
Confirmation of the venue for the Crown Imperial Suffolk Youth Cup Finals Day, to be held on Sunday 10th May, will be announced in due course.
Action is pictured above from last season’s Boys’ Under-13 semi-final between AFC Sudbury (yellow shirts) and Stowmarket Town (white shirts) at The New Croft. AFC Sudbury won 4-1, before defeating Whitton United 5-1 in the final.